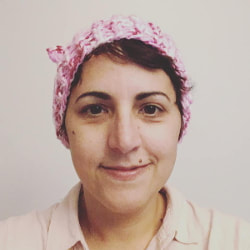 I started working with websites in 1999. Back then, there weren’t content experts, and we were still exploring the possibilities of the web in Brazil. There was so much content to create! I created my first website, Cafetina Eletroacustica, in 2003. The website focused on bringing academic content about music to the general public. My challenge as an editor was to help researchers reach a non-academic writing style that would appeal to anyone outside the university bubble. About the same time, I started working for singer Marina Lima as a content strategist. I developed four different website projects for her. One of our main focuses was to add more quality content and create a dialogue with fans, which we were very successful, especially considering it was done pre-social media time.

I also worked for agencies creating content for clients such as Warner Channel, Coca-Cola, Martinho da Vila and Maria Rita. Latin American Training Centre, Rio International Film Festival (RioMarket) and Global Voices Online are websites I worked as a content writer, editor and also content strategist. I am passionate about content and usability. I am also always full of ideas!

At the moment I am developing my skills in autoethnography and creative nonfiction. I recently published my first autoethnography article (click here). I also collaborate as a writer at Sounds and Colours.

Researcher/Ethnographer
​
"Academically speaking", I am a member of The Centre for Research in Anthropology (CRIA ISCTE-IUL) and INET-md (Institute of Ethnomusicology and Dance). I am also a peer-reviewer for the Anthropological Journal (Revista de Antropologia), University of Sao Paulo (USP).

As a researcher, I worked at the Center for Research and Documentation of Contemporary History in Brazil; at the Getúlio Vargas Foundation (CPDOC/FGV-RJ); at the Latin American Center for Sexuality and Human Rights (Institute of Social Medicine, State University From Rio de Janeiro) and at INET-md (Institute for Ethnomusicology and Dance).
​
My primary research interests are autoethnography, creative non-fiction writing, practice-as-research, spoken word, migration, ethnicity, urban studies, soundscapes, documentary photography and interdisciplinary ethnographic methods.

PhD in Ethnomusicology, 2017
New University of Lisbon, UNL, Lisbon, Portugal
"Spiritual and expressive practices in a migratory context: an ethnography of the Hare Krishna Movement in the city of Lisbon"

[Languages]
My native language is Portuguese, from Brazil. I also lived for 7 years in Portugal, so I have excellent knowledge of both versions of the language. I speak English fluently (proficiency level). I also speak advanced Italian, which means I understand 100%, I speak well, but I don't manage to say everything I want to say, and I can make mistakes when I write, so not fluent yet, but working on it. I also understand Spanish very well, although I don't speak or write. I also have some knowledge of French.​

* The picture on the left is from my Capstone Project during my Specialisation in Photography course. It i also part of an academic peer reviewed article about Toy Photography published in 2018.